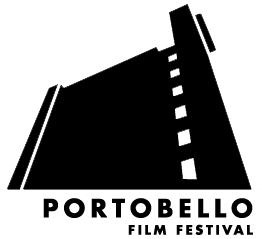 Fashion designer Bella Freud will be curating a free fashion show of clothes from Portobello Market traders – both vintage and modern.

The fashion show, which forms part of this year’s free Portobello Film Festival, is a celebration of the talent and design originality which springs from Portobello Market’s designers, and the influence they have on British fashion.  It is Bella’s tribute to the Portobello area and the designers who bring so much to it. The participants have been chosen for their distinctive and diverse styles and represent a true cross-section of Portobello fashion.

Bringing glamour to the occasion are talented beauties from the area: Erin O’Connor, Lily Cole, Iris Palmer, Angela Dunn and Susie Bick will all be modelling in the show. The event is free and will be open to the public. The show will be styled by The Guardian's Priscilla Kwateng.

Now in its 11th year, Portobello Film Festival, Europe’s biggest independent film festival, runs from 3rd – 22nd August 2006. The Festival was established to provide a platform for independent film-makers to get their films seen, and retains the counterculture spirit of Portobello Road in the 60’s. The theme this year is Portobello’s bohemian cultural heritage, and the festival is broadening out to incorporate many of the arts with sculpture, music, poetry, photography and comedy all represented this year.

The festival will also feature around 600 brand new shorts from established and new directors from all over the world. Uniquely, all screenings and events are free, taking over many of the bars, studios, cinemas, galleries and parks across Notting Hill and Portobello, making it a real community affair, while giving independent film-makers direct access to film industry insiders and audiences of around15,000 film-lovers.

Other highlights this year include: