John Mayer at The Forum 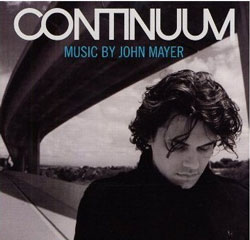 The Forum played host to one of America’s most successful Singer/Songwriters this week.  John Mayer is something of a well-kept secret on this side of the pond, but judging by his sell-out gig with an energetic crowd the secret won’t stay safe for long.

This tour marks the release of his third album, Continuum.  His set was not wholly dedicated to this rather understated offering but was balanced with a selection of his popular rockier tracks from previous albums Room For Squares and Heavier Things.  Familiar hits such as ‘No Such Thing’ were greeted with loud appreciation from the crowd.  Principally from the world of acoustic rock, Mayer and his band frequently demonstrate a love affair with the blues as well.  With talented musicians on drums, keyboard, brass and guitars on the stage, bassist Mayer was in good company.  Different tracks showcased their individual talents, with improvised solos adding a live touch to the album versions.  However they were at their most impressive when all parts were free to ‘rock out’ simultaneously, such as in ‘Gravity’, the power of the music suitably reflecting the intensity of the title.

Mayer was equally mesmerising when he took centre stage.  The small gesture of taking a couple of steps forward was all it took to invite the crowd to join him on a journey through the lyrics of emotion and reflection, or the lyricless splendour of his impressive guitar solos.  Eyes closed, lost in his own rhythm, Mayer is not an entertainer as such, but he is without a doubt entertaining.  His intense lyrics and love songs are not oppressive or cliched, but honest and simple.  This combined with his Clapton-inspired guitar-playing talent aligns him with the greats.  If you haven’t joined the fan club yet you’re missing out.