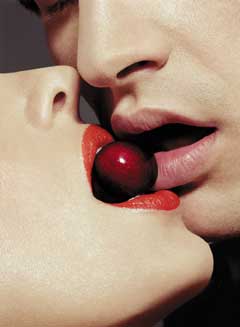 A record number - in excess of 75,000 customers - are expected to visit the 12th EROTICA Exhibition,  over three days from Friday 19th to Sunday 21st November at the Grand Hall in Londons Olympia, making it the worlds largest adult festival.

The EROTICA business is an affluent one with each visitor to the Exhibition spending an average of £195 per head. This seemingly large figure is attributed not just to predictable items such as sex toys but to the sale of expensive and luxury purchases at the event such as holidays and hot tubs.

The incredible success story of Erotica is all down to UK businessman Savvas Christodoulou, former accountant for the band Pink Floyd. (Full Biog and C.V available on request). The influence and dynamic attitude to business has encouraged the Erotica brand to grow to other cities. Since 1997 there have been eleven Eroticas  eight in London, two in Manchester and one in New York.

Organisers put the growth of the consumer fair down to the universal appeal of sex and the diverse and fun appeal of the show content which attracts visitors from all walks of life  particularly Mr and Mrs Average from middle England.  A spokesperson said:  Some people like home improvements, some people like caravans but every human is programmed to enjoy sex!

For the first time since its launch in 1997, the EROTICA Exhibition at Olympia was granted a licence to show full nudity. But naturists were warned not to turn up baring all, the nudity was restricted to the stage show only. The introduction of the full nudity licence not only shows that British attitudes towards sex are becoming more liberal but also means that the stage show can give the crowds that little bit extra!

By the sounds of it the Erotica stage show will live up to its tag line and be For Your Imagination.

A new day announced for lovers!

Lovers dont have to wait until Valentines Day to treat each other! Organisers of the worlds biggest adult consumer fair, EROTICA, have registered Monday 15th November as NATIONAL EROTICA DAY to encourage couples to keep each other interested and become more sexually aware

This years EROTICA Exhibition runs at Londons Olympia from 19th-21st November and lives up to its slogan For Your Imagination with everything conceivable to keep your sex life healthy and your partner happy.

Visitors to this years EROTICA can buy a copy of Lovers Pact, the highly anticipated sexual development manual for couples which is launched at this years Exhibition. Part manual, part journal, part sexual scrapbook, Lovers pact invites you and your partner to make a commitment to raise your sexual satisfaction to the next level over the course of a year.

Or, lovers can dress to impress in designer corsets and flamboyant handcrafted underwear. Visit the Eternal Spirits stand and have a corset designed by those who have dressed Anamatronic from the Scissor Sisters and Sarah Michelle Gellar. Or view Velda Lauder whose design team has dressed The Honeys, Sophie Ellis Bexter and Cate Blanchet.

From toys in the bedroom to hot tubs in the bathroom, the key to Erotica 2004 is to be active in keeping each other interested in a healthy sex life.

Erotica organisers hope that NATIONAL EROTICA DAY will inspire couples to explore each other again in new ways and get that spark back.